“There is no point in singing the ‘shoulda, coulda, woulda’ song at this stage in my life. I made my bed five years ago. I’ve been lying in it ever since. Is there any point in looking back over the choices I made? Who wants to reflect on their life and realize the one thing you desired the most is the one thing that costs you the most heartache? Who wants that knowledge? I would say ignorance is bliss, but I’m neither ignorant nor blissful. I’m living in the hell I created; I got exactly what I asked for. My fiancé—”

Lettie hesitated, her pen hovering slightly over her open journal. A slow sense of irritability flowed through her causing her to roll her eyes in disgust. Braxton was home from work early.

“I’m coming!” Lettie called downstairs with a strained smile as phony as her chipper voice. She knew better than to let her tone and expression betray her mood. Braxton was never one to tolerate an attitude.

She hurried to close her journal, its tight spine creaking slightly with resistance. With a quick toss into her underwear drawer (the one place she knew Braxton would never snoop through), Lettie’s personal thoughts were out of sight. She left her bedroom and started downstairs.

Lettie had moved into her Braxton’s, her fiancé’s, home at his insistence two years ago. Despite the time Lettie spent here before moving in and the years she spent claiming it as her permanent residence, Lettie never felt at home in Braxton’s elaborate house. Her unease was most likely due to Braxton’s assertion she never disrupts the designs his decorators implemented in the home. At the start of every spring, Braxton made it his top priority to redo his house and update it to whatever was currently trending. He claimed it was to give his home a “fresh feel,” but Lettie was always under the assumption he liked to show off. That was just how Braxton Bonét operated; he demanded the best because he was the best, and he deserved nothing short of complete adoration of his personal style, wealth, and powerful connections. His home was his second calling-card. His job as a high-priced litigator was his first, with Lettie barely pulling in at number three.

Since the house screamed “Braxton Bonét,” Lettie was afraid to change it or add a personal touch. As she walked through the hallway from the room they shared and down the stairs, she passed all of the artsy paintings and heavily framed portraits that lined the walls. The chocolate brown and ivory colored themes of Braxton’s current décor complemented with gold accents were all his idea. His personality was evident on the walls, the floors, the furniture, everything. The only place in the house in which Lettie could let down her hair was their bedroom, the one space no one else would see.

Lettie found Braxton waiting for her in the kitchen. It was another room that spoke of Braxton’s tastes: chocolate brown granite countertops, cherry wood cabinets with frosted glass panels, and stainless steel appliances fit for a home three times the price of theirs. The floor was tan marble tile, and not a crumb was in sight.

Though she loved to cook, Lettie hated to work her culinary magic in this kitchen. She always felt she would damage one of his many expensive somethings and incur his wrath. That was the last thing Lettie wanted to do.

“Hey, baby. How was work?” Lettie put on her charming grin and walked over to her man to greet him with a kiss. Braxton kissed her back, but it was more out of expectation than passion. Typical.

“Work was fine,” he answered with a deep voice. “What were you up to?”

“Nothing. Just doing a bit of reading.” Lettie felt a rush of blood flood her face, so she turned away from Braxton in what she hoped was a nonchalant manner. It was foolish to feel guilty, this she knew, but that knowledge didn’t keep the heat from her cheeks. If her Braxton ever discovered what she honestly thought about their relationship…Lettie shuddered at the thought.

“Did you have a taste for something specific for dinner, Braxton, or would you like me to choose tonight?” Please, let me choose, she thought, moving toward the refrigerator.

Braxton didn’t bother to look her way. He stood in the doorway to the large kitchen with his hands in his pants pocket and tie loose around his thick neck. “Yes. I want you to prepare your oven-roasted stuffed pork chops with the baked apples. I’m sure the market has fresh asparagus available. We can have that bacon wrapped, or you can do a mixed green salad with your lemon olive oil dressing.”

Lettie removed her hand from the refrigerator door and watched Braxton exit the kitchen as though he had just asked for a peanut butter and jelly sandwich. She followed him into the living room.

“Hold on a minute. Don’t you think that meal is a little extravagant for a regular Thursday night dinner?” Lettie struggled to keep her voice even. Surely he didn’t think she could make such a meal on short notice?

Braxton gave his lady a quick glance before he pulled his iPhone from his pocket and began to fiddle with it.

With an aggravated sigh he replied, “No, I don’t think the meal is extravagant. If I wanted extravagant, I wouldn’t bother to ask you to cook. Your food could hardly be classified as such.”

Lettie tried her hardest not to take his comment as an insult, but deep down she knew that’s exactly what it was.

“But nonetheless,” Braxton continued, “It is your best meal, and I don’t have time to hire a caterer.”

“Why would you need a caterer, Brax? I thought you liked my food? I mean, you have been eating it for four years. A little late to start complaining, don’t you think?”

“I’m having some people over from work tonight. You know I prefer to hire a professional for special occasions, but there is no time. You’ll have to manage. They’ll be arriving at nine p.m.”

Lettie’s mouth dropped wide with shock. She glared at Braxton sitting comfortably on his plush couch absorbed by whatever he was doing on his cell phone. Just the mere sight of him acting so nonchalant about springing an impromptu dinner party on her was enough to make Lettie’s eyes twitch. Especially since she was the one who had to rush and do all the work. What was Braxton going to do? Get dressed and play with his phone? Probably.

The sad truth was Lettie felt she should be used to Braxton’s cavalier attitude toward her, but he always found new ways to shock and irritate her.

“You invited people from work for dinner?”

“Was I not clear the first time?” Braxton asked with a weary voice. He still wouldn’t look at her.

Lettie’s anger finally spilled forth. “Braxton, how the hell am I supposed to cook a meal like that for your co-workers at the last minute? If it was just the two of us, I could do it. We might have to eat a little late, but—”

Braxton finally put his phone down. When Lettie saw the anger in his eyes, she was tempted to back down and scurry to the kitchen. Instead, she held her ground. It was wrong of him to assume so much from her, and he knew it.

“Are you raising your voice at me?” When Lettie did not answer, Braxton repeated the question, barely raising his voice.

“Yes. Yes, I’m raising my voice at you,” Lettie yelled. “Why didn’t you tell me this earlier today? I could have gone for groceries, cleaned the house. I could have prepared myself to play hostess for whoever you invited into our home.”

“I wasn’t under the assumption I had to tell you anything,” Braxton replied coolly. “I felt like inviting them, and I feel like having your pork chops for dinner, so you will cook them. What part of all of this are you not getting?”

“It’s already after five o’clock. I don’t have time to get all of this done. If you wanted me to cook, then you could have at least been considerate enough to warn me ahead of time.”

“Then I suggest you stop bothering me and get your ass to the market. And while you’re out, make sure you get a few bottles of chardonnay. None of that cheap crap you buy. Make sure it’s top notch. If you cannot tell the difference between the best wine and the rat piss you’re used to drinking, then get a store manager to educate you. Get enough for eight guests, ten people total. Is that clear?”

He didn’t bother waiting for an answer. Braxton got up and crossed the room into his study and shut himself inside, but not before tossing his ATM card on the coffee table. Lettie remained standing by the kitchen, shaking with anger. Her fury kicked up a notch when she felt the first sting of tears prick her eyes. Blinking them back and taking a deep breath to steady her nerves, she picked up the ATM card.

I may as well get this over with, Lettie thought. 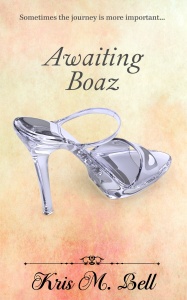